The historic Widow Residence is one of the last preserved examples of a typical 17th century hamburg residential complex. The apartments, also called Krameramtsstuben, was built for the widows of the members of the Krameramt. One of these apartments was furnished in the style of the 19th century and can be visited.

In 1375, the small merchants who had their permanent stand or shop in the town and mainly traded in spices, silk fabrics and Hardware,joined forces in the Krameramt. 300 years later, the wealthy professional organization built freehold flats for 20 widows of their deceased brothers there. These facilities corresponded to a typical form of self-organised care for the elderly at that time.

However, one of the historic Widow residence has been preserved in its original state. It was furnished with furniture from Hamburg’s grocery stores in the middle of the 19th century. Afterwards the cramped living conditions more than 150 years ago can still be felt today. Despite the technical and spatial restrictions, however, there were no poor people living here, but members of a middle class, which at the time had a large share of the population.

On the one hand you are looking for a historical location? Then the widow’s apartment is just the thing!

The historic widow’s apartment is located in the oldest still preserved part of Hamburg in the Neustadt. It looked just like this all over Hamburg around 1760.

The room is approx. 50 m² in size and convinces with its historical flair. You can organize events like the Hamburg Evening very well for this purpose. Rather history on smaller area does not go. In the shadow of the Hamburg Michel and only 15 minutes away from the Reeperbahn, the Historische Witwenwohnung is centrally located. 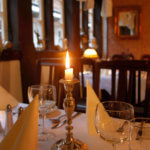 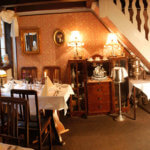 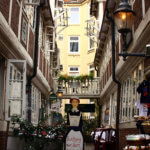 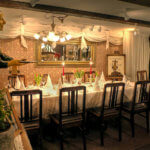